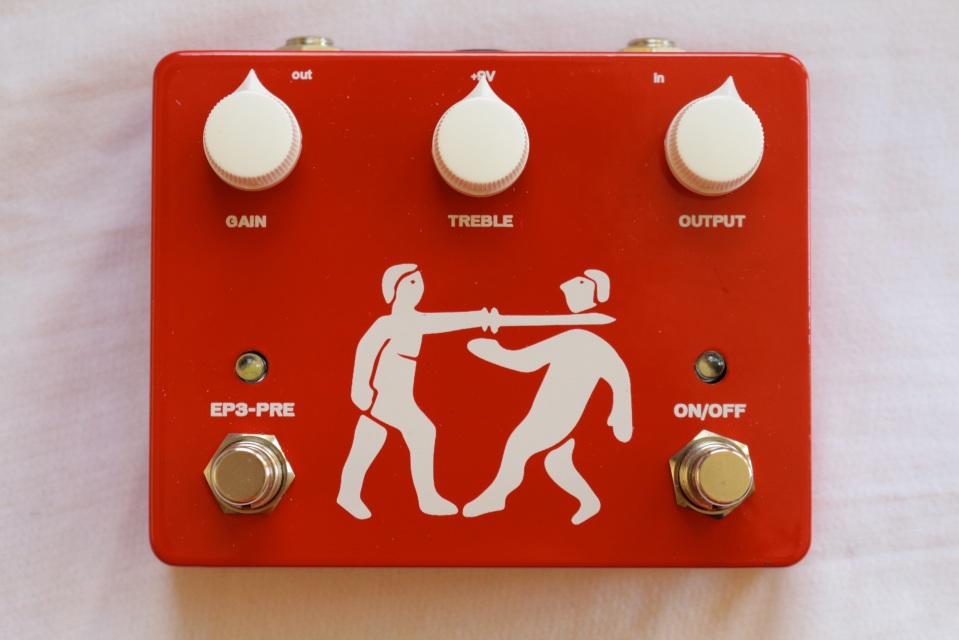 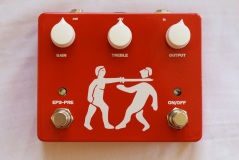 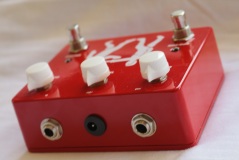 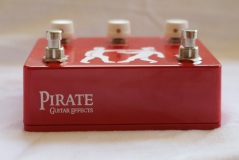 You can use the overdrive section with or without the EP-3 circuit to add a whole new tonal range to your playing.  With it's touch sensitive dynamics and wide sweeping tonal control the Plank is your "go to" pedal for any playing style.

From a slight break-up to a full on tonal assault, the Plank is designed for a level of versatility few production pedals can master.

Sold Out
Add to Cart
With the release of the first Centaur in 94' the boutique pedal craze was started and countless guitar players have been after the elusive "Klon" sound ever since.

Whether they heard the elusive tone live or on their favorite pro players latest album, the tone was hard to match.  Guitarist quickly found that even if they were able to get their hands on an actual Centaur the sound just wasn't the same.  Some chalked it up to hype, others figured "The Tone was in the Hands of the Player", but something was definitely missing.

What most people did not realize is that the Centaur was only one aspect of the tone they were hearing.  In the 90's players were rediscovering effects from the 60's and 70's and adding them to their signal chain to create new and innovative tones.  One of the most popular was the Echoplex EP3.

The Echoplex EP-3 had been known to players since it's introduction in the 70's and guitarist like Van Halen, Allman, Johnson, Page, Schon, Walsh, Rhoads and countless others had come to value the Pre-Amp section of the unit more than the actual Echo effect it was intended to create.

In the 90's new players were already using the EP-3 and then when they added the Centaur a new tonal universe was discovered.  Here at Pirate Guitar Effects we have developed a true Centaur circuit and combined it with the famous EP-3 circuit to produce a unique overdrive pedal designed to encompass the entire "Klon" sound rather than just one aspect of it.

The Pirate Guitar Effects Plank Overdrive & Boost is a truly transparent, touch sensitive pedal that enhances your tone.  The goal of the Plank is not try and make any amp sound like a specific amp, but rather use your amps unique characteristics and make them sound better.

With the addition of the EP-3 circuit the Pirate Guitar Effects Plank is able to take your amp to a whole new level.  You have complete control over the placing the EP-3 signal before or after the overdrive circuit, an internal trimmer pot to control the volume and a Bright/Dark toggle to recreate some of the darker EP-3 tones and change the EP-3 characteristics based on your pick up type.

Whether you use the Plank as a "Push" style pedal where you slam the front of your amp and push it harder or a "Pull" style effect that uses your guitar volume and pick attack to create the sound you want, the Pirate Guitar Effects Plank Overdrive & Boost is perfect.